Home Pets Why Do Dogs Roll On Their Toys – Itch, Playfulness, or Something... 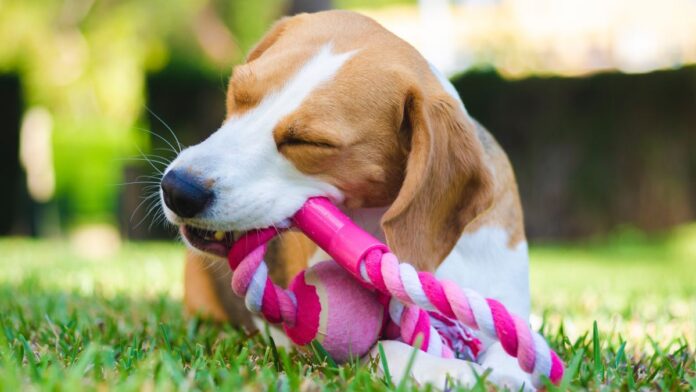 When they are playing, dogs express all sorts of emotions. Even though it is a common occurrence, there are moments that you might wonder why do dogs roll on their toys. There are many different ways that dogs can express themselves, and this particular activity can be puzzling to many dog owners.

First of all, if your dog rolls in his toys, worry not because you are not the only dog owner who is witnessing this peculiar behavior. Some say that it is a submissive gesture; some say that it is a way to show they are happy. They are partially right, but there is much more to this, so today, we are going to dive deeper and figure out this type of dog demeanor. So, without further delay, let us get into it.

1. Your Dog Is Enjoying Himself and Playing Around 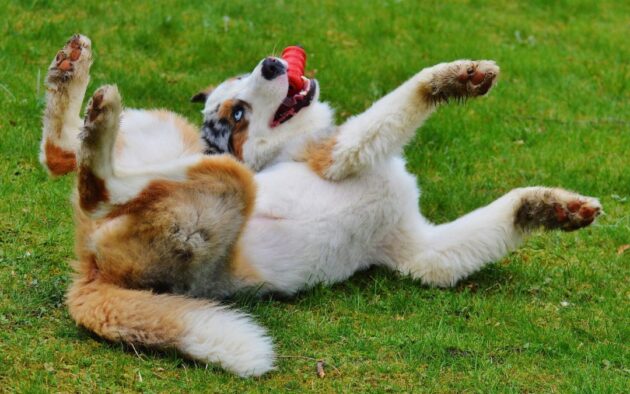 Sometimes it is wise to avoid overthinking because rolling around the toys can mean that dog is simply happy and enjoys playing around. All living beings associate playtime with happiness, and dogs are not different by any means.

Playing with a favorite toy is certainly one of the happiest dog moments, similarly as it is rolling around your bed and playing with its owner. So, often enough, when dogs are rolling on their toys, it might just mean that they are overwhelmed with happiness, as they love to roll on their favorite things.

It is also worth mentioning that if your dog rolls on his back and wiggles, and his body language seems to be on a more relaxing and loose note, it means he is playful and enjoying himself.

2. Your Dog Is Marking the Territory and Claiming the Toy 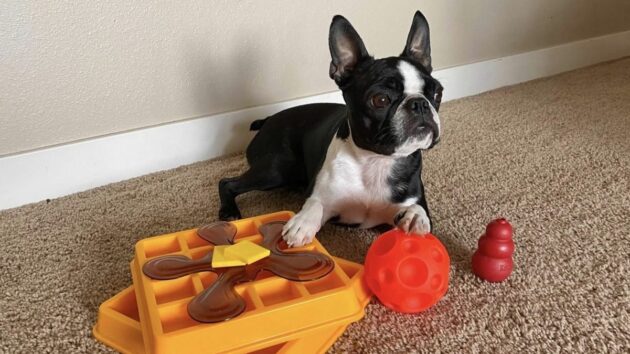 Often enough, dogs roll around the objects to transfer their scent onto them and mark their territory. It is their way to mark the toy as their own, and it is a common occurrence in households that own multiple dogs, so one of them might be staking his claim to his favorite toy.

It is something that happens a lot with dogs and wolves when they come across new scents, and it is completely normal for them to do so. They often want to transfer the scent from the toy to themselves too and “consult” with the pack to see if the toy is a food source, threat, or something else entirely.

3. Your Dog Might Be Attempting to Mask His Own Scent 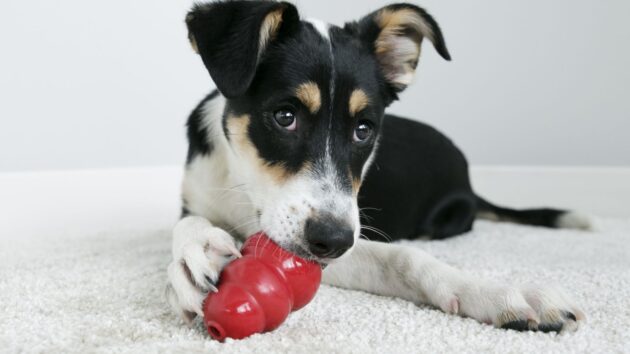 This type of behavior is something that might originate from dogs’ ancestors. It is something that was always common with wolves, as they would roll into smelly things in order to mask their own scent. This is especially common in situations when they would go hunting.

This could be one of the reasons for dogs to roll in their toys. They also might like the smell of the toy and want to spread it across their bodies while effectively hiding their own. Another reason for this behavior might be if your dog was to the pet groomer.

As much as it can be delightful for you as an owner, your dog might not like the smell of scented perfumes, shampoo, or anything else that is used while being groomed. The same can happen when you give your doggy a bath inside your household. Dogs are picky with their scents, and they might be rolling in toys just to get off that smell. 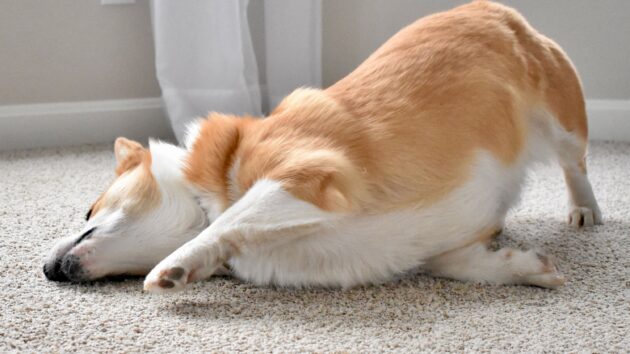 Hard-to-reach itch is something that dogs can experience the same way as their owners can. You surely found yourself at some point being unable to scratch that annoying itch on your back, and you would go for some pointy object to reach it.

Well, the same can happen to dogs. They could be feeling some itch that is very difficult for them to reach, so they start rolling in toys with hopes to get that relieving and satisfying scratch. You might test this theory by simply trying to scratch your dog’s back, and if he settles afterward, you were right. 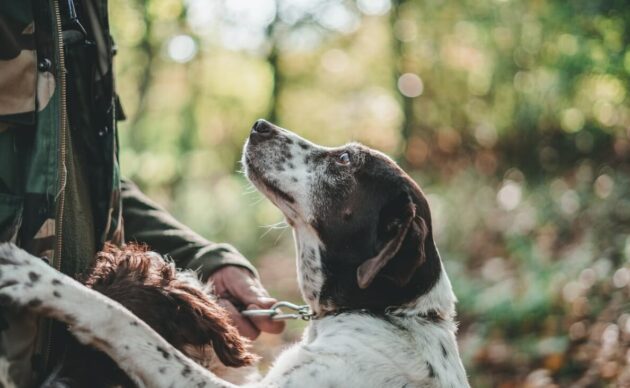 Attention-seeking might be one of the simplest and most logical reasons why dogs roll on their toys. Your four-legged friend might be just looking to get some rubs or looking to play with you, so do not ignore him. Dogs are very intelligent animals, and they have ways to express their desires.

Also, if they notice that you are giving them attention every time they start rolling in toys, they will look to get the same effect every time they feel playful and want some rubs and tickles from their owner. 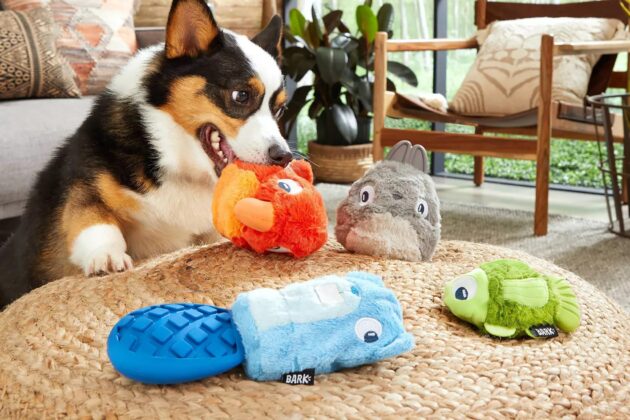 Dogs can be very similar to humans in so many aspects. That being said, they can also engage in obsessive behaviors and be very compulsive. Rolling on toys can have harmless reasons like the ones we have listed above, but if your dog starts spending too much time with this particular activity to the point he might hurt himself, it might be a reason for concern.

Your pet might feel fearful or anxious, so if you notice that rolling on toys has become a sort of a trend that repeats over and over, it would be wise to consult with your vet, who will be able to point you to the expert dog behaviorist.

Rolling in toys might be something harmless, but if you notice that the dog is too protective over the toy and starts growling or acting hostile when you approach him or the toy, it would be smart to intervene on time. With that said, you should also check the environment and see if there were any changes in your household that could be the reason for obsessive behavior to emerge.

Dogs are truly peculiar beings, and they tend to do the strangest things, and often enough, there is some deeper meaning behind all of it. However, sometimes they are just seeking attention and being playful, so you should always keep an eye on them and watch their behavior closely, as there might be some reason for concern and the reason to take them to their vet.

We hope our article will provide you with enough pieces of information to determine what your dog rolling on toys actually means. Do not ever take their activities for granted since they are very smart, know how to express themselves, and have a deep love for you. So look to give that love back, provide them with enough attention, and you will always have a loyal companion. The bottom line is that dog that rolls on toys is almost certainly happy and healthy.

Ppwtoys.com is a participant in the Amazon Services LLC Associates Program, an affiliate advertising program designed to provide a means for sites to earn advertising fees by advertising and linking to Amazon.com.

If you have any suggestions and queries you can contact us on the below details. We will be very happy to hear from you.